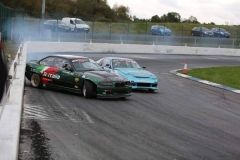 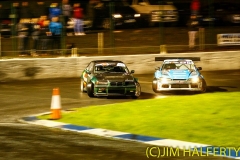 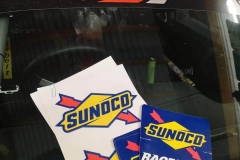 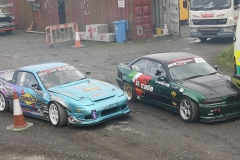 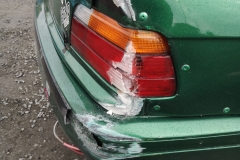 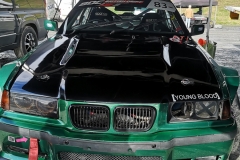 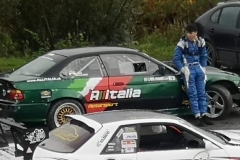 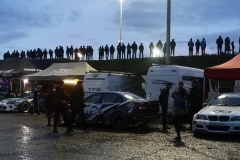 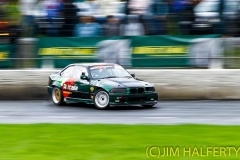 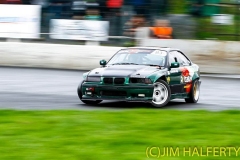 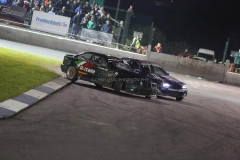 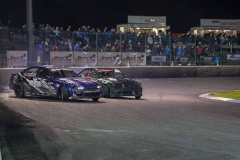 The Emerald Isle beckons Lwi Edwards for the final round of the Drift Games National Championship this coming weekend at purpose made circuit in Punchestown, Ireland

Currently sitting in 8th position in a championship mixed with Pro and Pro-Am drivers is an amazing feat for the youngsters first ever season in competition, while making it to the podium is impossible due to the huge lead that fellow UK driver Luke Barker is fighting with Harry Kerr, it is still possible to climb a few places still with a good result this weekend.

The BMW M3 has been repaired after a few wall taps in BDC at Birmingham, checked over and give a bill of good health by Allitalia Wrexham. Then heading off across the water once again with the support of Irish Ferries ready for open practice on Friday morning.

Team support has increased for this last round with ‘Team Manager’ Damien Gough and the legend Pro Drifter Julie Robinson on hand to offer advice to young Lwi as well as the usual mechanical support from Chief Mechanic Dan ‘mad’ Madden and of course, myself, Howard, who has the task pulling it all together.

Its going to be challenging weekend once again against the higher HP cars but with Lwi showing his ability to drive a precise lead line and almost perfect qualifying line which the judges expect, the chance to finish well is always available with the lower power of the M3 engine.

2020 will see another step up competition car build to compete with the top drivers, and hopefully this will be in the Pro class .

With the dust just settling from an awesome result in the British Drift Championship which puts Lwi in 5th position in championship and his well earned Pro-Am status in the UK, it is now time for Lwi to prepare for round 2 of the Drift Games National championship at Watergrasshill in County Cork, Ireland on 5th May

Another technical track in Kartworld should suit Lwi well with his precise driving style against some high powered machines . The field will be using a Westlake control tyre so this will also be an advantage to lower horsepower cars

Currently sitting in comfortable 19th position overall in Drift Games National standings after making a minor error in the top 32 battle, Lwi is looking to improve on this now he is getting more comfortable in the new M3 powered BMW prepared by Allitalia Ltd, Wrexham, UK. You can click on this link to check out Allitalia

Once again the ferry crossing has been booked with Irish Ferries who always provide support for us with a considerably discounted fare for the car and service vehicles which eases the cost of competing in the Irish Championship.

We need your support

The rest of 2019 is still ahead of us, as well as the two championships, Lwi is already being invited to drift demos and offering passenger rides at high profile events. We are looking for a small selection of companies/indivduals who could benefit from promotion to a wide audience in UK and Ireland. Please get in touch by email to support@lwiedwards.com and see what we can offer you.